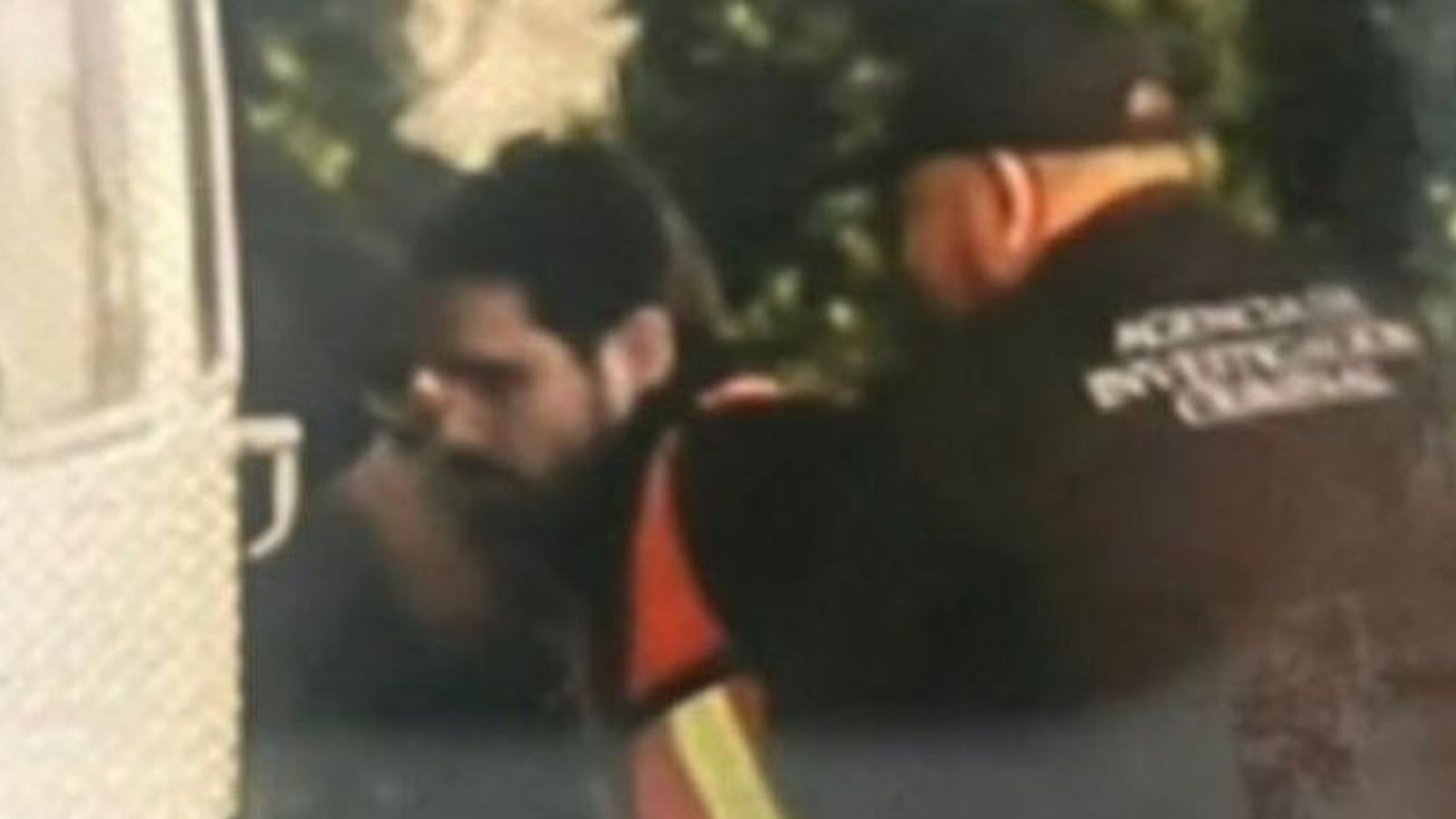 Gunfights have broken out in the capital of Mexico’s Sinaloa state after security forces captured one of Joaquin “El Chapo” Guzman’s sons, who is wanted by the US on drug trafficking charges.

Three years ago, an attempt to arrest Ovidio ended in humiliation for the government when President Andrew Manuel Lopez Obrador ordered the military to let him go after gunmen shot up the city with high-powered weapons.

This time local and state officials in Sinaloa warned residents to stay inside, suspended local government activities and closed schools, while the Mexican military closed Culiacan’s airport amid gunfire.

Mexican airline Aeromexico said one of its planes had been hit by gunfire ahead of a scheduled flight to Mexico City, though no one was hurt.

Passenger videos posted online showed people cowering on the floor of the plane as shooting could be heard in the background.

David Tellez, a passenger who captured video of people crouching on the plane after hearing gunshots, was travelling with his wife and three children after visiting his in-laws.

Mr Tellez, whose daughter can be heard crying in the video he captured, told Sky News: “While on the plane ready to take off I saw planes from the army land and then five seconds before take-off I heard gunshots and everybody got to the ground and the pilot returned the plane to the terminal.

“Then I found out the plane had been shot. We are scared to leave the airport because the city is on fire and many roads are blocked so we plan to sleep here.”

Mr Tellez said when he was checking in he was told by airport staff to take shelter in a toilet but then they were told it was okay to fly.

Other clips appear to show heavy fighting across the city as the sky was lit up by helicopter gunfire.

Ovidio’s capture comes ahead of Mr Lopez Obrador hosting a North American leaders’ summit in Mexico City next week, in which US President Joe Biden is expected to want to discuss drug trafficking.

“This is a significant blow to the Sinaloa cartel and major victory for the rule of law,” said Mike Vigil, the DEA’s former chief of international operations.

“It will not, however, impede the flow of drugs into the US. Hopefully, Mexico will extradite him to the US.”

Ovidio’s capture was the result of six months of reconnaissance and surveillance in cartel territory, Mr Sandoval said.

National Guard troops spotted SUVs, some with homemade armour, and immediately coordinated with the army as they established a perimeter around the suspicious vehicles and forced the occupants out in order to search them.

The security forces then came under fire but were able to gain control of the situation and identify Ovidio among those present and in possession of firearms, Mr Sandoval said.

Cartel members set up 19 roadblocks covering all point of access to the city of Culiacan, including Culiacan’s airport and outside the local army base.

A leader of ‘the juniors’ faction

Mr Sandoval said Ovidio was a leader of a Sinaloa faction he called “los menores” or “the juniors”, who are also known as “los Chapitos” or “the little Chapos”.

The other “little Chapos” are two of his brothers, Ivan Archivaldo Guzman and Jesus Alfredo Guzman, who are believed to have been running cartel operations with Ismael “El Mayo” Zambada.

Mr Vigil said the Chapitos have been taking greater control of the cartel because Zambada was in poor health and isolated in the mountains.

“The Chapitos know that if El Mayo dies, (the cartel) is going to break apart if they don’t have control,” he said.

“It’s going to be very important that the US requests Ovidio’s extradition quickly and that Mexico does it.”

A 2018 federal indictment in Washington DC accused Ovidio of conspiring to distribute cocaine, methamphetamine and cannabis in the US.

The US has offered a $5m (£4m) reward for information leading to the arrest or conviction of Ovidio, who has become a key figure in the cartel since his father’s arrest.

It is unclear whether Ovidio will be extradited to the US like his father, who is serving a life sentence at Colorado’s Supermax prison.