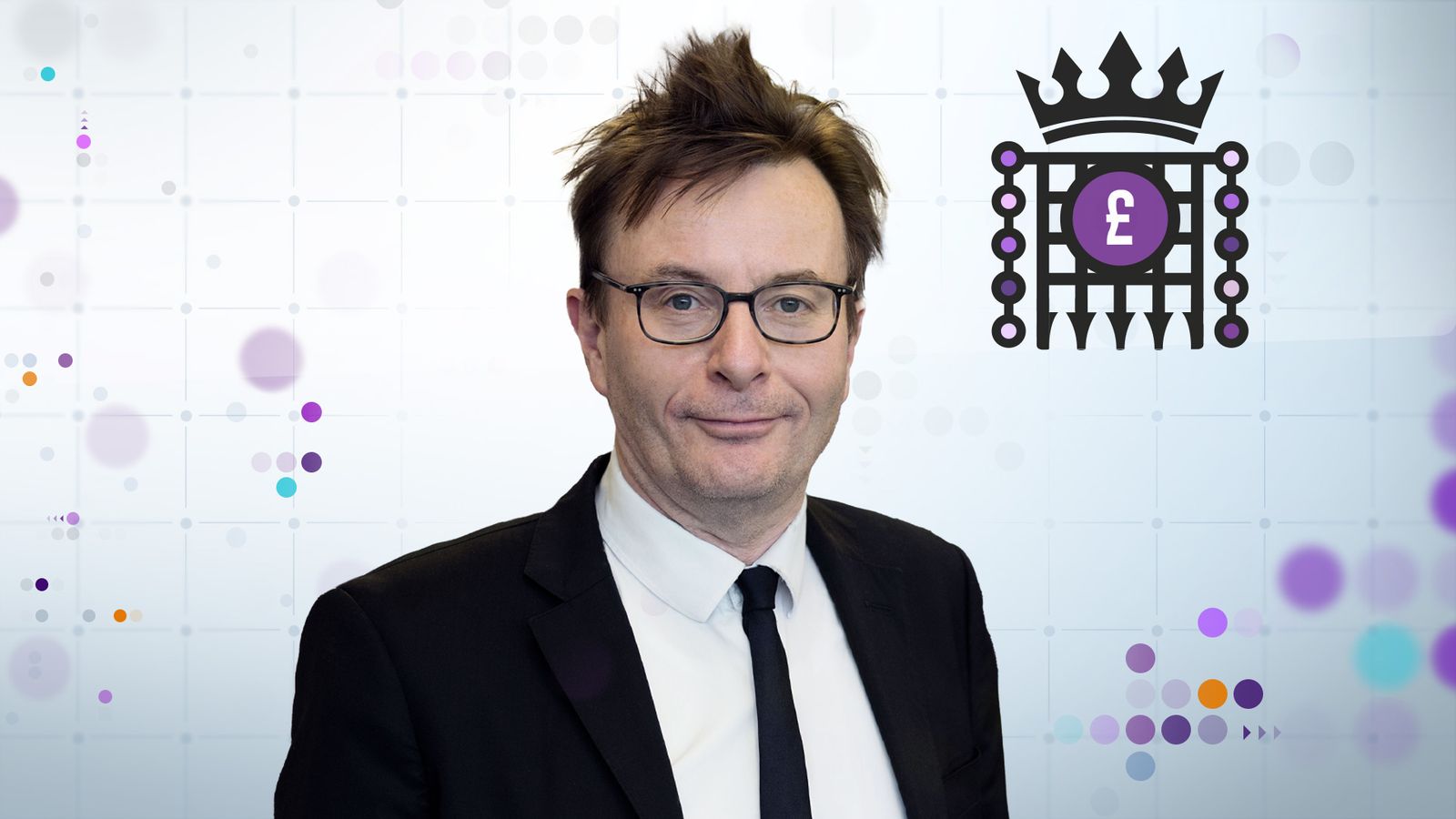 Without greater transparency, money risks influencing our politics in the dark, it’s time to check who is paying our politicians and to ask why.

More than £183m has flowed into the British political system during this Parliament, straight from wealthy individuals or companies, and into the bank accounts of political parties, all-party parliamentary groups, and the campaign funds and constituencies of government ministers and MPs from all political parties.

Whilst the UK ranks towards the bottom of global corruption indexes, the way that information about MPs’ outside earnings and who is ultimately funding our politics is published has – for far too long – hindered understanding.

For all the claims of transparency, it’s been very hard to see what’s going on. Whether through default or design, records of financial transactions from donors and companies to politicians are spread across different websites and platforms, different registers, disclosures and databases, some online, some in print and often published in formats that can’t be compared or analysed easily.

The muddle is misleading; concealment by confusion. Its apparent acceptance within Westminster over so many years has resulted in outside earnings, lobbying efforts, paid access and influence-peddling are hard to find, difficult to trace, and easier than they should be to obfuscate.

We believe that has to change. As a voter, checking who is paying and funding your MP should not be laborious and easy to misinterpret. Money talks, and it should be simple and straightforward to check who has any sort of financial relationship with our politicians.

So today, we are helping every voter in the country to answer a series of simple questions: how much do MPs earn outside of their taxpayer-funded salary and from where, which businesses and individuals are donating to MPs and parties to further their political causes and by how much, and how do businesses and other interest groups use Parliament to further their agendas.

Sky News has partnered with Tortoise Media to build an interactive and searchable online tool to show how money flows in the UK’s political system, and to ask who is benefiting. 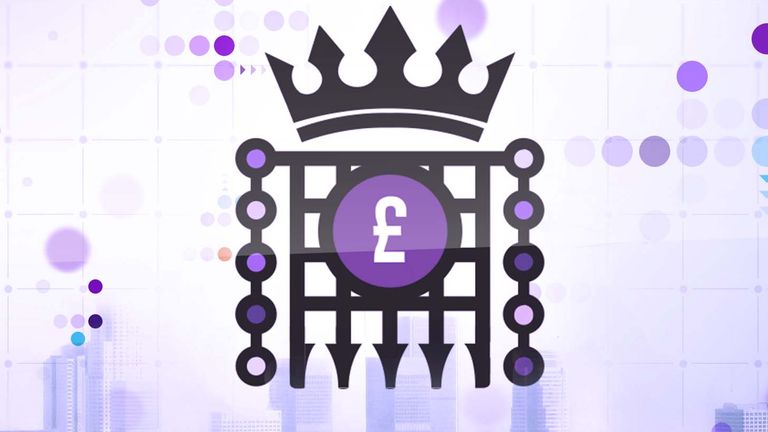 What are the Westminster Accounts and why do they matter?

The Westminster Accounts will be freely available to all on a website and app and pulls in data from public sources but also adds new ways for everyone to search via an MP’s name or a voter’s postcode, which are currently not possible using Parliament’s own platforms.

For the first time, this allows us to do something MPs may find uncomfortable: create leader boards and league tables, showing where the largest sums flow from and to.

Who has received the most money in earnings in this Parliament? Which donors give to individual MPs as well as parties? Which companies and people have donated the most and which MPs are the beneficiaries. And what benefits are provided to all party parliamentary groups – informal networks of MPs often supported financially by companies and countries seeking to forward an agenda.

This is what the tool shines a light on: the Westminster Accounts tool not only organises this data, it maps it – making connections we haven’t been able to make before.

The need for greater transparency is urgent. In recent years, Westminster has felt as if it is mired in a never-ending debate over lobbying and the influence of outside income.

Concerns over MPs’ second jobs and the awarding of government contracts during the pandemic have sparked a growing debate about the priorities of our MPs, their susceptibility to outside offers of pay, gifts and perks, and the risk that outside interests take precedent over the jobs for which they were elected.

We believe that as journalists our role is to provide our readers, viewers and listeners with impartial insight and information. Voters should be able to find, in one place, the details of any financial contributions to MPs.

Our research suggests that more than £17m has been earned by MPs through second jobs in this Parliament alone. It’s far from evenly spread: just 36 MPs having each made £100,000 or more in that time.

We now know the names of the largest individual donors to MPs across all political parties. Whilst some are well known businesses and trades unions, others are companies with no public profiles or obvious purpose, sometimes they are not even based in the UK.

We are committed to maintaining and improving the Westminster Accounts for the rest of this Parliament.

Read more:
MPs earn £17.1m on top of their salaries since the last election – with Tories taking £15.4m
Transparency in politics often feels like it falls short – we want to shine a light on that
How to explore the database for yourself

How you can explore the Westminster Accounts

The data in the Westminster Accounts has mostly been submitted by MPs, their staffers, political parties and Parliamentary groups.

Of course, in collecting and verifying it, we found plenty of overlaps, mismatches and errors. If MPs feel the Westminster Accounts don’t do justice to their earnings or expenses, we’ll act to correct and clarify the data promptly.

Our hope is that, in the process, MPs are encouraged to be not just performatively transparent, but genuinely informative about how much money they receive and from whom. In the process, all of our understanding of finance and influence in politics will be improved.

We hope that the Westminster Accounts is a tool that’s not just used by all other newsrooms, but bloggers and journalists, students and academics and, of course, voters across the UK. We hope it will enable better understanding of our politics and, with it, build trust in our democracy.

To be clear, our investigation focuses solely on the flow of money into Westminster, not on detailing the time that many MPs give generously outside of Parliament to work for charities, in the NHS, or in the armed forces. Nobody wants to cut MPs off from the outside world. We do, though, want to understand how people try to inform and influence our politics.

As voters, we get our say at the ballot box every 4 or 5 years in a normal political cycle, but if a business or a donor is writing a cheque to an MP every few months, what does that donor think they are getting for the cash and might it have undue influence over how the MP makes decisions in subjects that their donors cares about?

The Institute for Government recently asked if following recent ethics scandals, politicians are willing to make the changes necessary to rebuild standards in public life.

The Westminster Accounts is intended to contribute to that change. It makes information about the financial workings of Westminster accessible to all.

McIlroy vs. Reed in Dubai, Max Homa’s rise and more from the PGA Tour
Netanyahu vows to ‘strengthen’ West Bank settlements after shooting attacks
Who will go to the Super Bowl? Our guide — including picks — for 49ers-Eagles, Bengals-Chiefs
Nadhim Zahawi sacked as Tory chairman over tax affairs row
Quick Charge Podcast: January 30, 2023