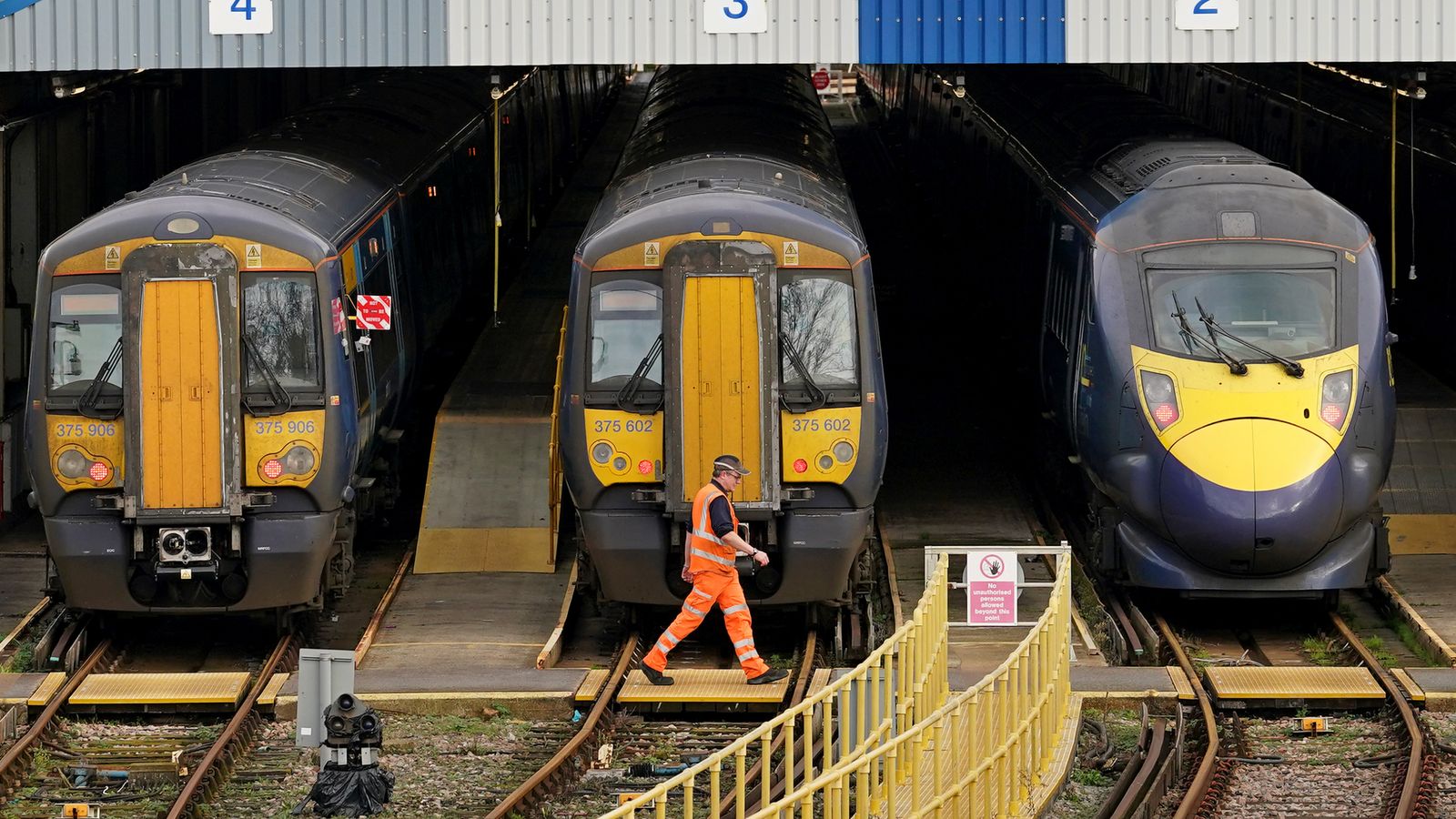 The Transport Select Committee heard from two sides in the national rail dispute, but the most important voice – the third rail – was not even in the room.

Mick Whelan, of drivers’ unions Aslef, put the chances of resolution at zero (on a scale of one to 10) while Mick Lynch, of the RMT, said his members “would not go near” the offers currently on the table.

Tim Shoveller, Network Rail’s chief negotiator, put the prospects at seven, his optimism based on a conviction that RMT members who rejected his pay offer last month would change their minds if only they better understood it.

What is clear is that a resolution depends not on workers or track and train operators, but on ministers.

The power sits with the Department for Transport

COVID destroyed the railways’ financial model, and changes to the way the network is structured mean all the revenue, risk, and the incentive to do a deal, now sit with the Department for Transport, and ultimately the Treasury.

As Mr Lynch pointed out, train operators receive fees from government to run services whether trains run or not, and get compensation on strike days.

“They made profits every day during the pandemic, they continue to make profits today… there’s plenty of profit in the railways, it’s just going to private companies.”

Mr Whelan said it was a “Monty Python world” in which taxpayers are funding dividends for shareholders of private companies.”

Proxies sent out without the power to change

The post-pandemic structure effectively makes Network Rail (responsible for track, signals and some stations) and the Rail Delivery Group (representing private train operating companies) passengers in this dispute, proxies sent out to negotiate without the power to change terms.

It’s an argument powerfully prosecuted by Mick Lynch, leader of the RMT.

“There’s a Stalinist obsession with centralised control in the Department of Transport,” he told MPs.

“British Rail would never have tolerated this level of interference.”

The central charge is that ministers deliberately derailed negotiations by insisting on terms they know the unions would never accept.

Exhibit A is the introduction of driver-only operation (DOO) as a condition of pay offers made to the RDG to the RMT.

Union opposition to DOO is long-established, on the grounds of passenger safety and the job losses that would flow from removing guards.

When the RMT – entirely predictably – rejected the RDG’s offer before Christmas, Mr Lynch says ministers were happy for seasonal strikes to go ahead in order to try and turn public opinion against workers.

It is a cynical view, but one supported by the evidence.

Mark Harper, the third transport secretary in the last six months, has never denied his department had a role in introducing DOO, and the introduction of draconian anti-strike legislation this week by his predecessor Grant Shapps suggests an administration seeking conflict rather than common ground.

A chance for a deal

Yet for all the bad blood, a window of opportunity has opened.

Having held four days of industrial action in each of December and January, and 19 since last June, RMT members in particular have taken a huge financial hit. Their leadership may now give them a chance to recover and pay the bills by working uninterrupted for a month or two.

The RMT mandate for strike action lasts until May and they may yet use it again, but as long as they don’t the employers, and the ministers in charge, could move towards a new offer.

If they want a deal they will need to give ground, recasting or removing the DOO clauses, and perhaps finding another percentage point of pay to make the RDG and Network Rail deals worth 10% over two years.

But whether this week was a final flexing of muscle before the serious business of negotiation, or the start of a new phase in a protracted dispute, will be decided not on the railways but in Whitehall.

ChatGPT’s ‘jailbreak’ tries to make the AI break its own rules, or die
‘He wants world dominance’: Pompeo reveals who he thinks is more dangerous than Putin
PM plans to ban Channel migrants from appealing deportation
From pranks to bonding among the NFL’s elite, Pro Bowl Games are about making memories
Weekend Project: I added a solar panel to my electric mini-truck to charge from the sun