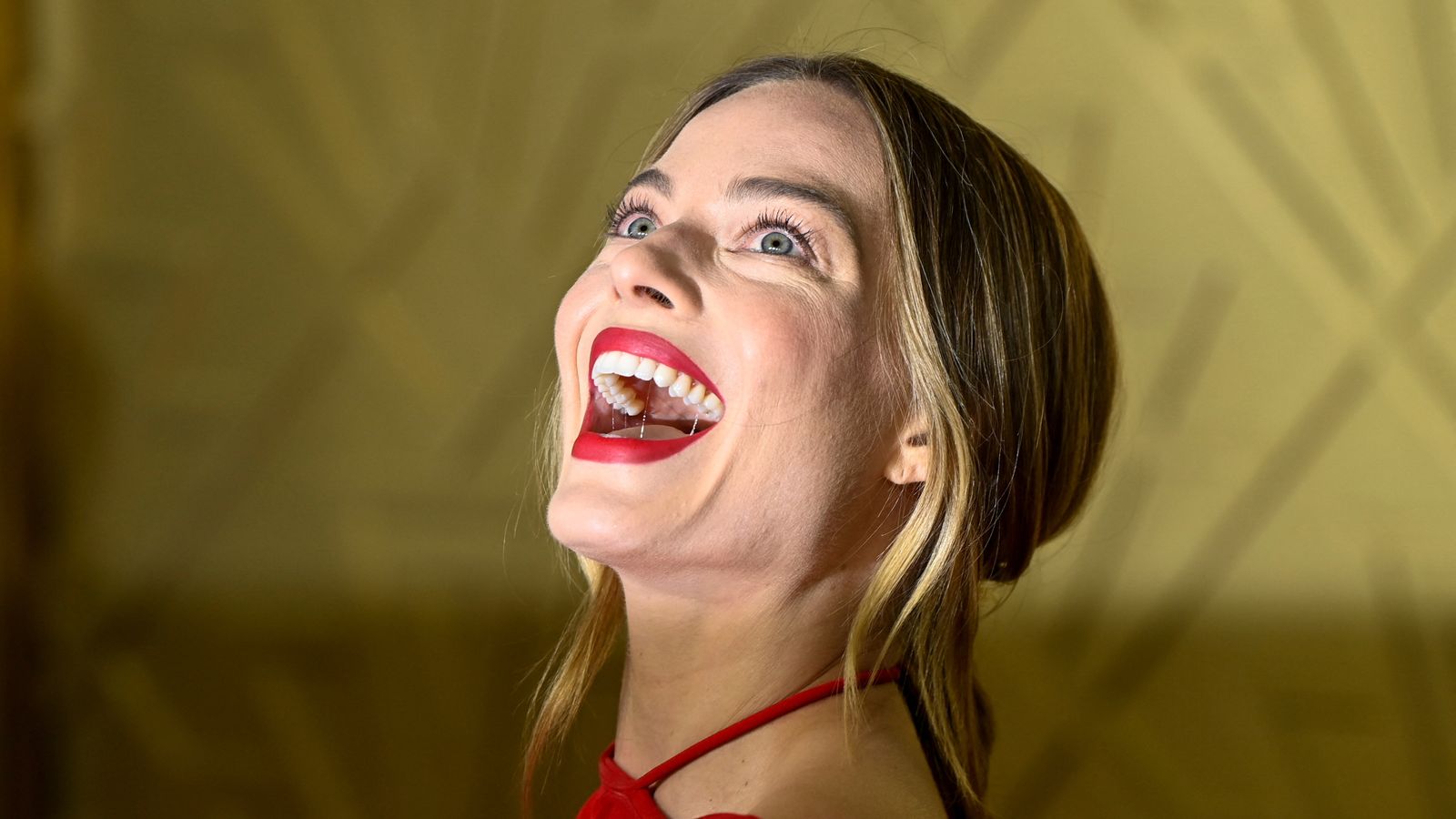 Speaking at the film’s London premiere, she told Sky News: “I was allowed to do absolutely anything and it was just so liberating… it was just madness every day on set.”

Oscar-winning filmmaker Damien Chazelle takes both recollection and rumour as his inspiration for the outrageous excess and rampant debauchery that supposedly went on behind the scenes in Hollywood in the 1920s.

As Nellie LaRoy, filmgoers will see an out-of-control Robbie consume copious amounts of drugs, cry with great precision on cue for the camera and, at one stage, wrestle a snake whilst drunk.

“It was a different ball game,” she laughs. “I would loved to have seen moviemaking back then, it seemed like there were no rules and it was just madness.”

While she has admitted in interviews a drunken kiss between her character and Brad Pitt’s was entirely improvised, Robbie says pretty much all of the chaos that unfolds onscreen was already down on paper.

“It was of the best dialogue I had ever read, and the best sequences, truly – you could improvise for fun but the script was so stunning.”

Robbie, 32, was nominated for a Golden Globe for best actress in a musical or comedy, losing out to Everything Everywhere All At Once star Michelle Yeoh.

Composer Justin Hurwitz, who won an Oscar for his La La Land score, took home the film’s only Golden Globe.

Big winners on Tuesday night included Steven Spielberg for his personal drama The Fabelmans, which won best drama, plus Colin Farrell for Irish black comedy The Banshees of Inisherin.

Babylon is out in cinemas on 20 January.