Rishi Sunak must stand up to the “Brexit purity cult” of Eurosceptics on the Tory benches to find a solution to the Northern Ireland Protocol deadlock, Sir Keir Starmer will say.

The Labour leader will use a speech in Belfast to urge the prime minister to take on the European Research Group (ERG) in order to resolve the issues over Northern Ireland’s post-Brexit trading arrangements.

Sir Keir will say he will offer “political cover” at Westminster if Mr Sunak can deliver an agreement with the European Union which is in the national interest.

“The time for action on the protocol is now. The time to stand up to the ERG is now,” Sir Keir will say on Friday.

“The time to put Northern Ireland above a Brexit purity cult, which can never be satisfied – is now.”

The protocol has overshadowed politics in Northern Ireland since it was agreed by then-prime minister Boris Johnson as part of the Brexit deal in a bid to avoid a hard border on the island of Ireland.

Members of the unionist community are unhappy with the difficulties it creates for trade between Northern Ireland and Great Britain, with the Democratic Unionist Party (DUP) refusing to co-operate with forming a devolved executive in Stormont until the issues are resolved.

After arriving in Belfast on Thursday, Sir Keir said there was a “small window of opportunity” to find a solution before the 25th anniversary of the Good Friday Agreement in April – seen by many as an unofficial deadline for an agreement and a potential visit from US President Joe Biden. 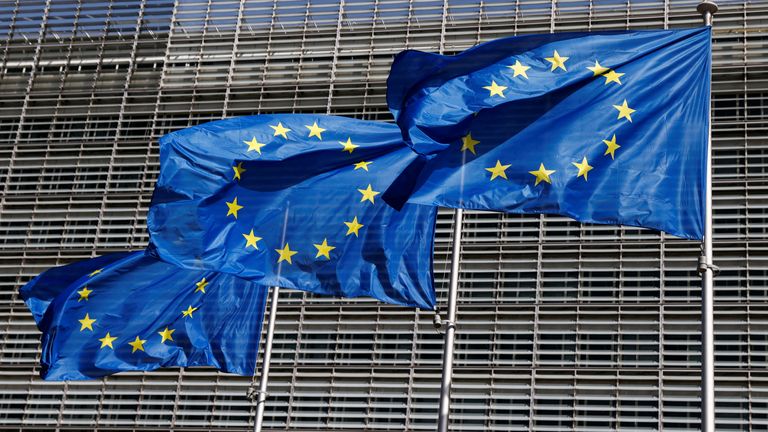 “We’ve got to use the anniversary to fix minds, get the country and its political process moving forward again – deliver for the people of Northern Ireland,” he will say.

Any deal seen as conceding too much to Brussels could trigger a revolt on the Tory benches, but Sir Keir will offer Labour support to Mr Sunak.

“Whatever political cover you need, whatever mechanism in Westminster you require, if it delivers for our national interest and the people of Northern Ireland, we will support you,” he will say in the speech at Queen’s University.

The Labour leader will call on the PM to recognise the mistakes made by some Tory ministers who had viewed the Irish government as “adversaries” on Brexit.

“That has damaged the political process here in Northern Ireland – no question. And it’s certainly not the spirit of 1998.”

The UK government says the protocol is not working and wants to override it with new legislation if the EU does not agree to changes – a move Brussels has warned is “illegal and unrealistic”.

Earlier this week, a new data-sharing agreement between the UK and EU was hailed as a “new basis” for resolving the impasse – though the prime minister’s official spokesman stressed: “There are still significant issues at the heart of the protocol that need addressing.”

Labour has suggested a new veterinary agreement for trade in agricultural products between the UK and EU, which it claims would eliminate many of the checks, while a trusted trader scheme could also avoid some bureaucracy.

Sir Keir will also use the speech to hail the Good Friday Agreement – which brought peace to Northern Ireland – as “the greatest achievement of the Labour Party in my lifetime, without question”.

“But of course, the real achievements – the real pride – belongs to the people and communities here in Northern Ireland,” he will say.

It comes as Sir Keir’s own Brexit strategy appeared to be called into question by a Labour heavyweight.

London Mayor Sadiq Khan used a speech on Thursday night to condemn ministers’ silence on the “damage” Brexit has done to the economy, and to call for a “pragmatic discussion” about re-joining the single market.

Although the criticism is aimed at the Conservative government, it could also be seen as a veiled swipe at Sir Keir’s stance on Brexit.

Sir Keir, despite campaigning for Remain in the 2016 referendum, has recently taken a hardline position, ruling out bringing back free movement of people and arguing there is “no case” for rejoining the EU’s single market.

“Look, we have left the EU and there is no case for re-joining the EU or for going back into the single market,” he told reporters on Thursday.

“But what I do think we need to do is move beyond what I think is a pretty inadequate deal… and make Brexit work. And that is my priority.”

ChatGPT introduced AI to the masses and it’s already affecting us
Nissan unveils convertible EV concept, a category it should’ve been producing a decade ago
‘Blood will be on hands’ of Congress if bill limiting police officer immunity not passed, Tyre Nichols’ mum says
Six British children discovered in abandoned wine cellar in Austria
Police release image of new witness they want to speak to after disappearance of Nicola Bulley