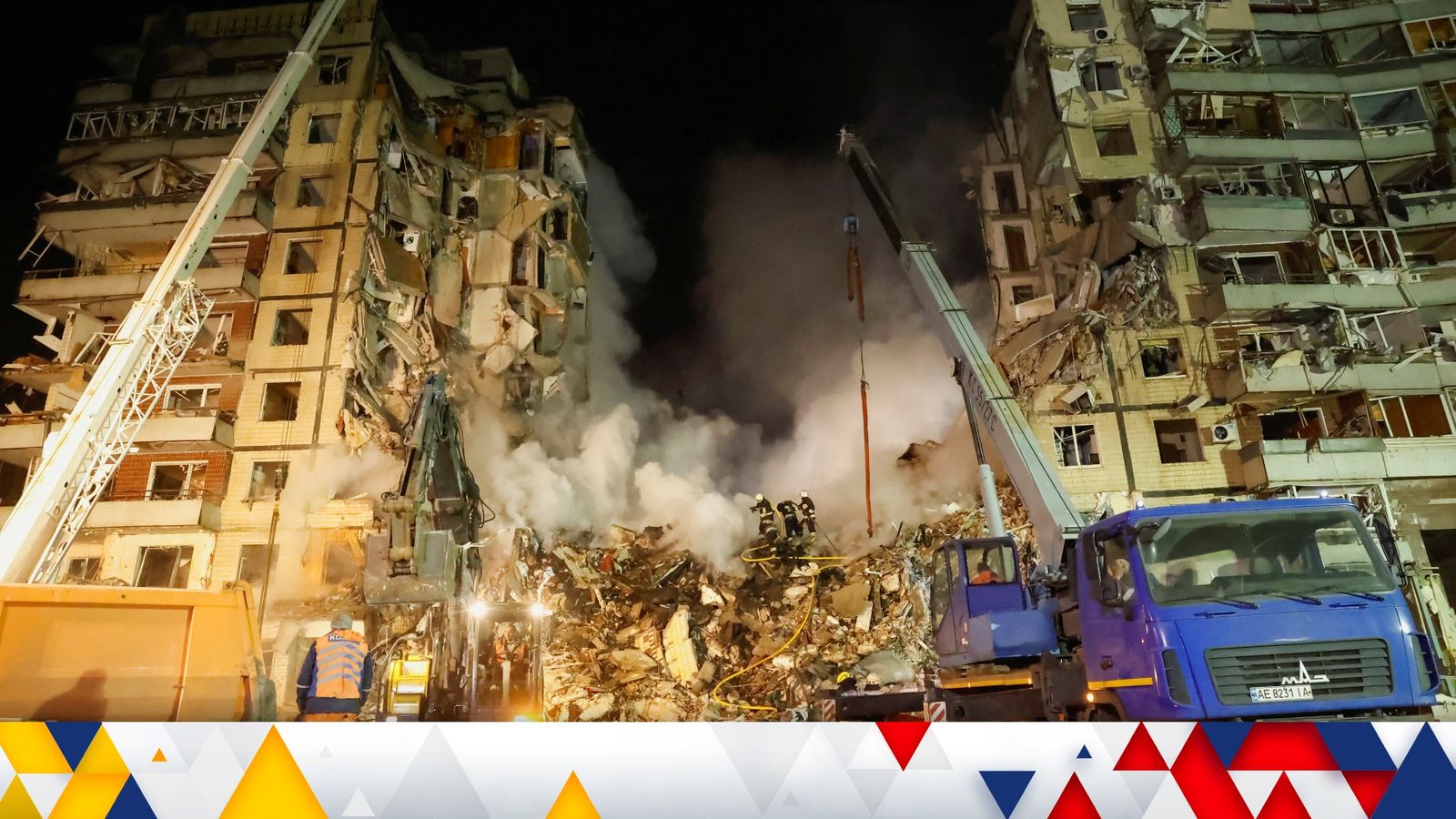 At least 30 people have been killed in a Russian missile strike on a residential block in the Ukrainian city of Dnipro, as part of a massive wave of attacks targeting civilians and energy infrastructure alike. A further 30 to 40 people could still be trapped under debris.

Rescue teams worked through the night in sub-zero temperatures to find survivors in the rubble of the nine-storey apartment building, with screams heard beneath the wreckage. Officials said about 1,700 people lived there before Saturday’s strike

The number of people killed makes it the highest death toll in one place since a strike on the Zaporizhzhia region in September 2022.

Pictures from the scene of the attack showed the tower had been largely toppled, with large plumes of smoke billowing into the air as emergency services carried out their search.

Ukraine‘s President Volodymyr Zelenskyy said on Sunday afternoon that at least 73 people were wounded and 39 people had been rescued.

“Search and rescue operations and the dismantling of dangerous structural elements continues. Around the clock. We continue to fight for every life,” Zelenskyy said.

Dnipro is the country’s fourth-largest city, centrally located on the Dnipro River and home to a large Holocaust memorial and museum.

Dnipro’s deputy mayor Mikhailo Lysenko said in a social media video that desperate residents were sending text messages from their destroyed flats, adding: “We stop our work now and then to keep silence, and we hear people scream from underneath the rubble.”

Saturday’s flurry of Russian strikes also hit critical infrastructure in several major cities: in Kyiv, the Ukrainian capital; Kharkiv in the east; and Lviv in the west.

Ukraine’s air force managed to shoot down 25 of 38 missiles fired by the invaders, but those which landed caused disruption to parts of the cities’ power supplies.

Ukraine’s energy minister warned that the coming days would be “difficult” due to the impact of Saturday’s onslaught, which also left one person dead in the steel-making city of Kryviy Rih.

Ukraine’s allies have promised to send more military aid, with the White House’s ambassador to Kyiv condemning the attacks against Dnipro as “horrifying”.

The US has promised 50 Bradley tank-killing armoured vehicles in its biggest military assistance package to date.

Meanwhile, Britain has become the first Western nation to pledge tanks to Kyiv.

Fourteen Challenger 2 tanks will be sent in the coming weeks, along with around 30 AS90 propelled guns, which are large armaments operated by five gunners.

Mr Zelenskyy thanked the UK for its “impenetrable” support following a call with Prime Minister Rishi Sunak, but appealed for more help from other allies.

“The whole world knows what and how to stop those who are sowing death,” he said in his nightly address.

It is hoped that other allies will follow suit, most notably Germany, unlocking the Leopard 2 tank, which was manufactured in far greater numbers and is used by several other European countries.

Ukraine’s allies meet in Ramstein in Germany on Friday, where governments will announce their latest pledges. 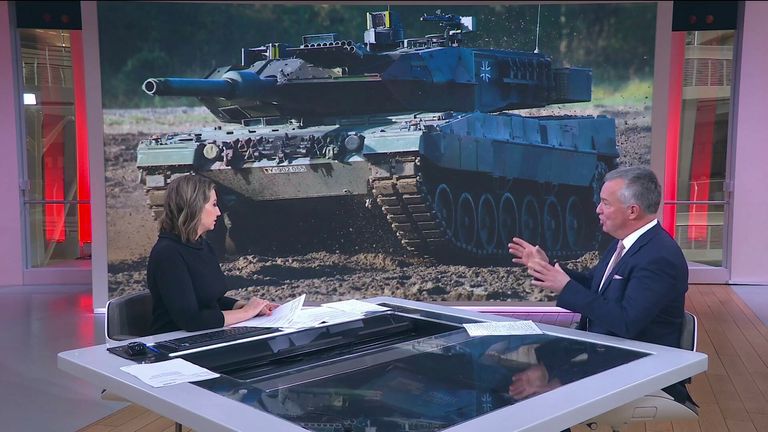 How will UK tanks help Ukraine?

Despite Russian claims of victory, fighting continued in the town of Soledar on Saturday – a site in the eastern Donetsk region that has seen some of the bloodiest fighting of the war.

The town’s fall would mark a rare victory for the Kremlin after a series of battlefield setbacks, as Moscow says taking control would allow its forces to cut supply lines for Ukrainian troops in the nearby city of Bakhmut.

But pockets of resistance remain, and Ukrainian officials said the battle continued.

“The enemy is sustaining heavy losses but is continuing to carry out the criminal orders of their command.”

Shop prices yet to hit their peak – despite record highs seen in January
China ‘spy’ balloon: What are they? And why could they play a key role in the future of aerial reconnaissance?
Mortgage burdens head for their highest levels since the 80s
‘Blood will be on hands’ of Congress if bill limiting police officer immunity not passed, Tyre Nichols’ mum says
Fashion designer Paco Rabanne dies aged 88