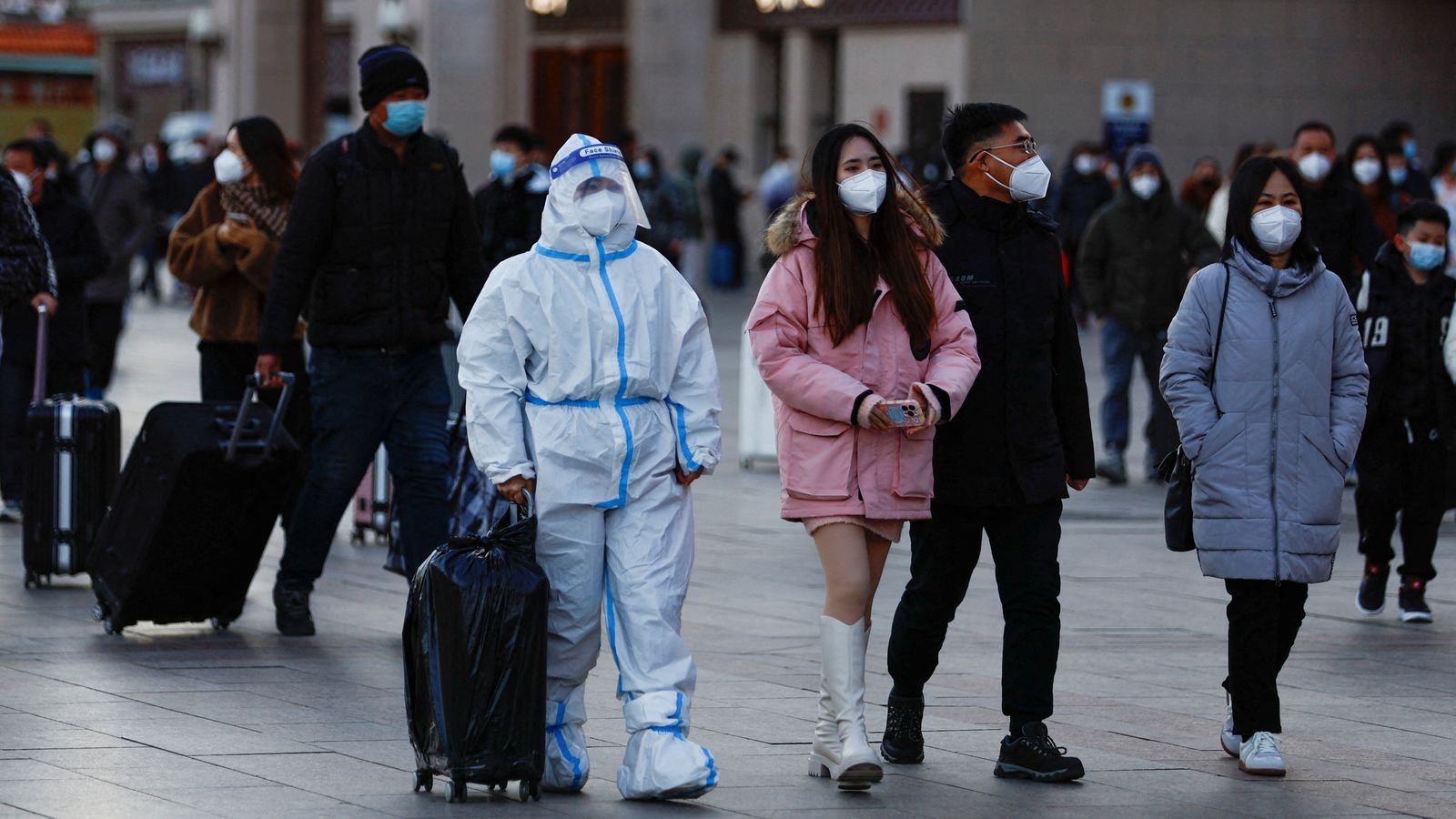 The announcement follows complaints that the Chinese government was failing to release data about the status of the pandemic.

It led to a surge in infections among the population, which has little immunity after the Chinese government focused on shielding its population rather than inoculation.

Beijing said the “emergency peak” of its latest coronavirus surge appeared to have passed.

Of those, 5,503 were caused by respiratory function failure due to COVID infection while 54,435 resulted from a combination of diseases and COVID infections, officials said.

They said COVID fever and emergency hospitalisations had peaked, with the number of hospitalised coronavirus patients continuing to decline.

However, it said those “deaths related to COVID” occurred in hospitals, leaving open the possibility more people may have died at home.

The report would more than double China’s official COVID-19 death toll to 10,775 since the virus was first detected in the city of Wuhan in late 2019.

Nationwide, “the number of fever clinic visitors is generally in a declining trend after peaking, both in cities and
rural areas,” Jiao Yahui, an official from the National Health Commission, told a news conference.

Ms Jiao said the number of emergency treatment patients was also declining and the ratio of patients who had tested positive for COVID-19 was steadily dropping as well.

Wen Daxiang, a Shanghai Health Commission official, said China would strengthen health monitoring and management of its high-risk population and bolster the supply of drugs and medical equipment in rural areas.

Authorities had been reporting five deaths or fewer each day over the past month – despite long queues at funeral homes and body bags seen leaving crowded hospitals. 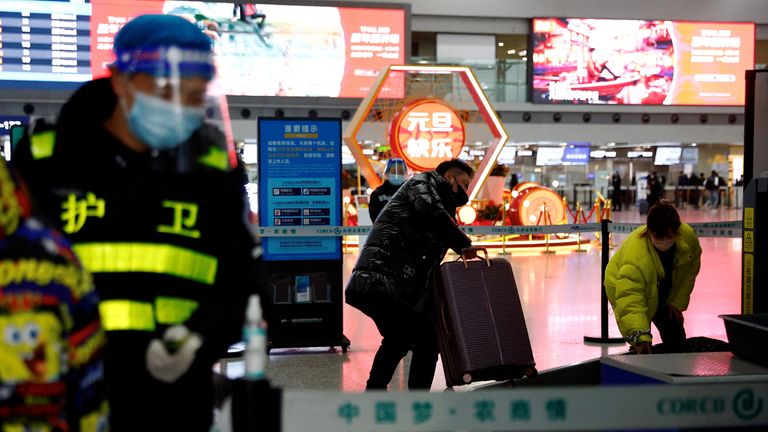 It comes after the UK announced it would test random passengers on direct flights from mainland China to the UK for COVID-19.

The UK Health Security Agency (UKHSA) said its new programme would see “a sample of passengers arriving in England from mainland China tested for COVID-19 at the point of their arrival”.

The agency said passengers at Heathrow would be invited to take part in the study and all positive samples sent for sequencing.