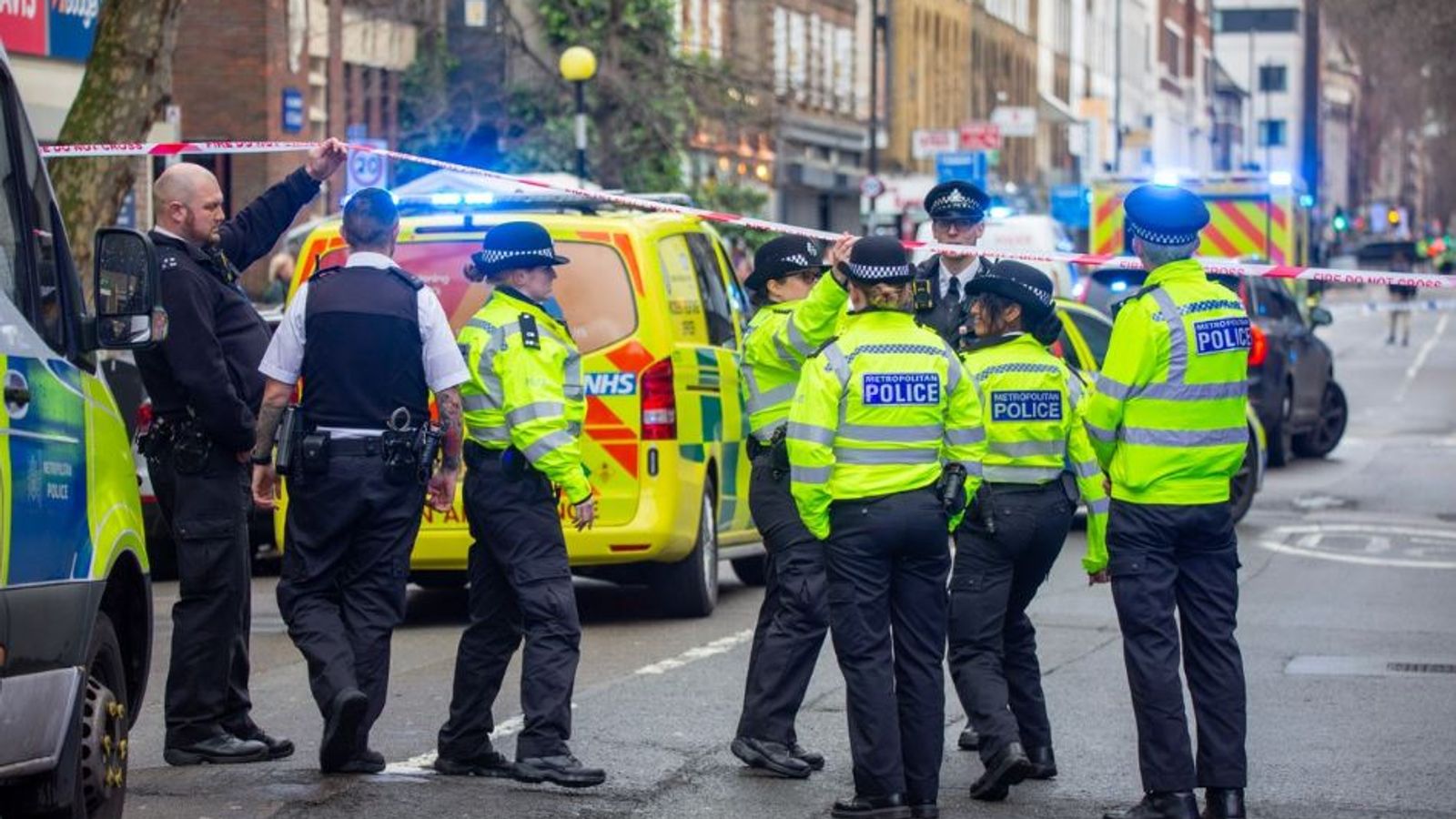 A seven-year-old girl is in a life-threatening condition, while four women and another girl were also taken to hospital, after a shooting outside a funeral near Euston station in central London.

The Metropolitan Police said officers were called to Phoenix Road at 1.30pm on Saturday to reports of a shooting.

Police initially said the seven-year-old girl and three women – aged 48, 54, and 41 – were taken to hospital after the incident. The 48-year-old woman’s injuries are potentially life-changing.

In an update, they confirmed the seven-year-old girl’s condition is life-threatening and gave details of two others hurt.

A 21-year-old woman was taken to hospital and details of her condition have not been released.

A second child, a 12-year-old girl, was also taken to hospital with a minor leg injury but has since been discharged.

Detectives said the incident took place in the vicinity of a church, where a funeral was taking place.

Police said their initial inquiries suggest shots were fired from a moving vehicle, which was then driven away from the scene.

Police said no arrests have been made yet and an “urgent investigation” is underway.

Superintendent Ed Wells said: “Any shooting incident is unacceptable, but for multiple people, including two children, to be injured in a shooting in the middle of a Saturday afternoon is shocking.

“Our thoughts are with all the victims, but in particular with the seven-year-old girl who is in a life-threatening condition and with her family.”

Queen Macaulay, who was visiting a friend in the area at the time of the incident, said she heard a gunshot and saw people running.

She told Sky News: “Everyone was running… it was quite chaotic.

“We heard people screaming and saying ‘oh my god’… I was thinking oh my god what’s going on, let’s get to safety.”

A London Ambulance Service spokesperson said the force treated four people at the scene, one of whom was taken to a major trauma centre, as a priority.

They added that three ambulance crews and five paramedics in fast-response cars were among those who were called to the scene.

He said: “This is a deeply distressing incident and my thoughts are with those who were injured and their families.

“A police investigation is now underway and I am in close contact with the Met Police to determine what happened.”