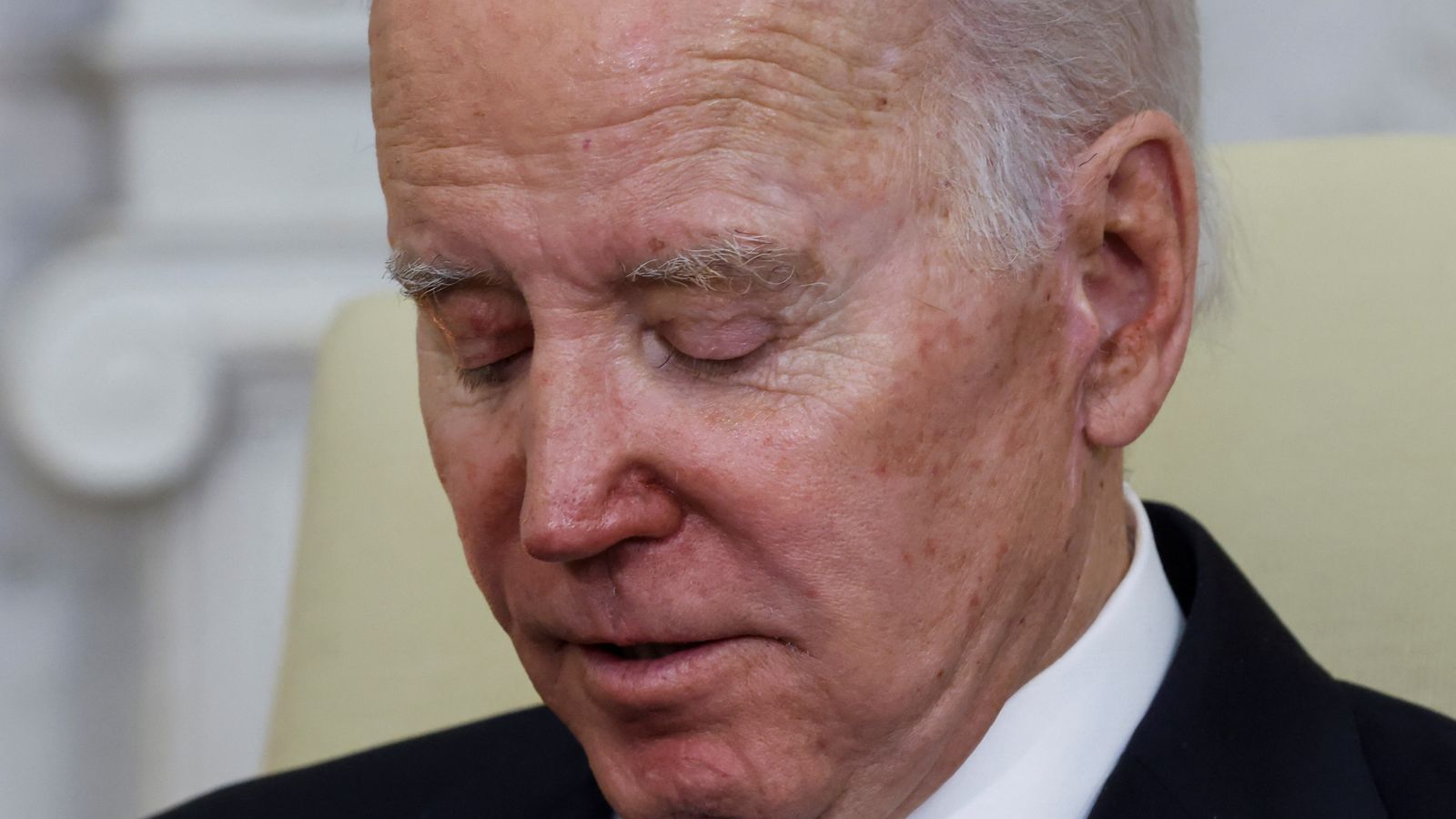 Lawyers for Joe Biden have said five additional pages with classified markings were found at the president’s home in Delaware on Thursday.

White House lawyer Richard Sauber said in a statement on Saturday that a total of six pages of classified documents were discovered during a search of the president’s private library.

Previously, the White House said only a single page had been found.

Mr Sauber said he travelled to Mr Biden’s home in Wilmington on Thursday to facilitate the handover to the Department of Justice of a document with classified markings that was found there earlier.

In a statement, he said: “While I was transferring it to the DOJ officials who accompanied me, five additional pages with classification markings were discovered among the material with it, for a total of six pages. The DOJ officials with me immediately took possession of them.”

Mr Sauber’s statement did not address why the White House waited two days to provide an update on the number of classified records.

Earlier this week, Mr Biden’s legal team acknowledged it had found classified documents relating to his time as vice-president in the Obama administration at his home, including some in his garage.

Aides previously found another batch of classified documents at his residence, and at a Washington think tank he was associated with.

The apparent mishandling of classified documents and official records from the Obama administration is under investigation by a former US attorney, Robert Hur, who was appointed as a special counsel on Thursday by Attorney General Merrick Garland.

On Saturday, Mr Sauber reiterated that the White House would cooperate with Mr Hur’s investigation.

The discoveries have trickled out over the past week, causing concern among the president’s allies that his office does not have a handle on the growing scandal.

Officials at the White House are now, belatedly, making every effort to ‘own’ this crisis. But will it work?

President Biden’s special counsel is at pains to point out – in a lengthy public statement – that the five additional documents were discovered with the single classified document which was found at the president’s Delaware residence in the week.

The reason for the delay between the announcement of the single-page discovery and the subsequent five pages is, we are told, because the lawyers who found the single page didn’t have security clearance so they stopped when they found that one.

The special counsel himself, who has clearance, then travelled to Delaware to continue the search. He found the others.

On the face of it, beyond the real scandal that documents were found, it’s a logical excuse.

But to critics, it’s all detail that doesn’t matter: hypocrite Biden has done what he so sanctimoniously criticised Mr Trump over, they say, nevermind that there are distinct differences between the two cases.

While some of Biden’s team are trying to ‘own’ this crisis, Mr Biden himself and his spokesperson are not performing well.

In a series of extremely awkward appearances and briefings this week, the president and his press Ssecretary performed very badly in the face of what is now, increasingly, a full-blown political crisis.

The White House, however, says the two cases are different because Biden’s team has cooperated with authorities in their probe and turned over documents.

Mr Trump had resisted doing so until an FBI search at his Florida home.

The DOJ historically imposes a high legal bar before bringing criminal charges in cases involving the mishandling of classified information, with a requirement that someone intended to break the law as opposed to being merely careless or negligent in doing so.