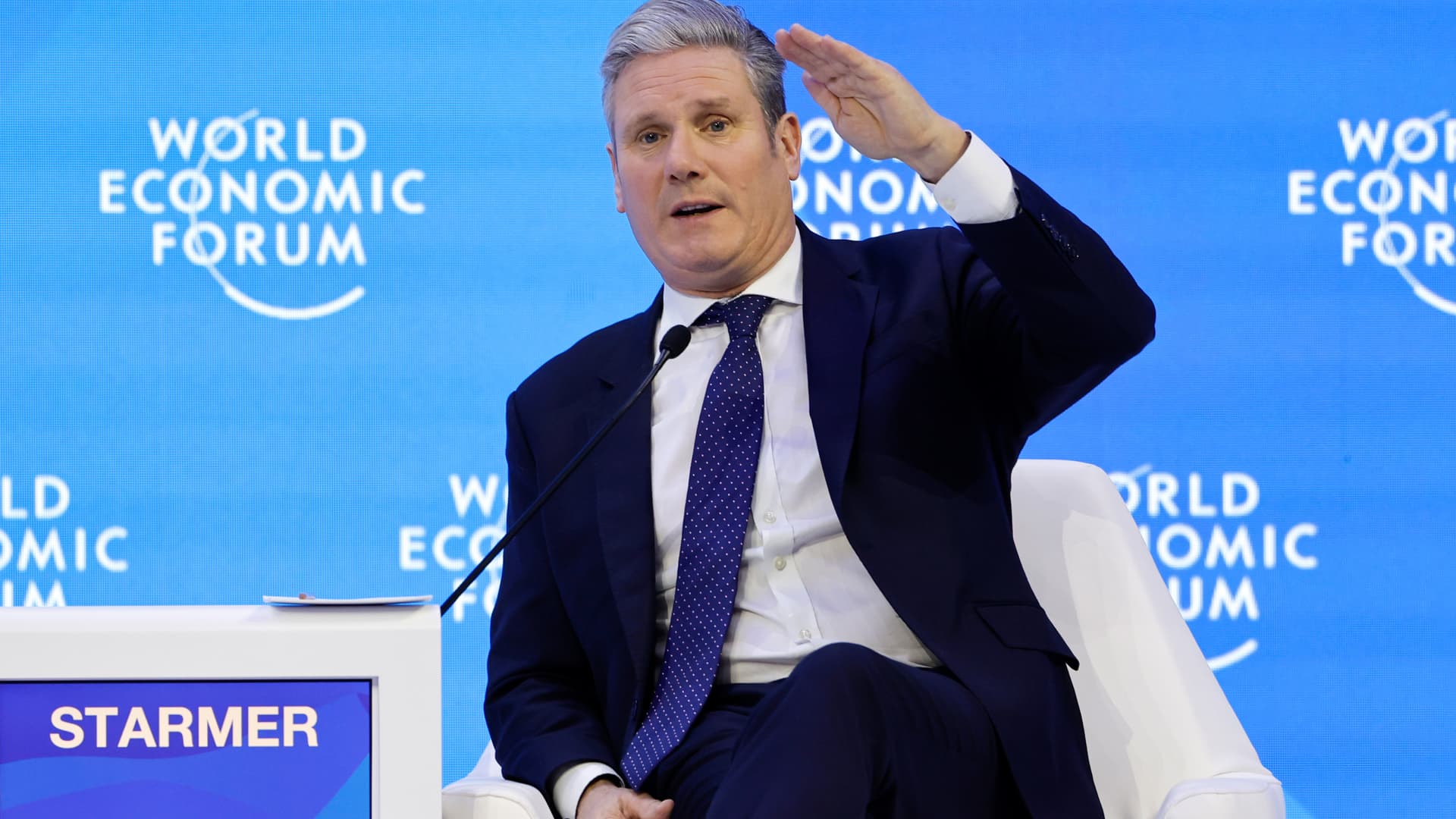 On a CNBC-moderated panel in Davos, Starmer said he had been meeting with business leaders and policymakers to promote the idea of a Clean Power Alliance should Labour win the next general election in 2024.

The international body, which Starmer characterized as an “inverse OPEC,” would seek to address the joint economic challenges of climate change, renewable energy job creation and household energy costs.

“I think our prime minister should have showed up — I absolutely do. One of the things that has been impressed on me since I’ve been here is the absence of the United Kingdom,” Starmer told the panel.

“That’s why I think it’s really important that I’m here and that our Shadow Chancellor Rachel Reeves is here, as a statement of intent that should there be a change of government, and I hope there will be, the United Kingdom will play its part on the global stage in a way I think it probably hasn’t in recent years.”

British Business and Energy Minister Grant Shapps is in the Swiss Alps in Sunak’s absence, and told CNBC on Thursday that it was appropriate that he attend, as his role in government is to secure business investment and jobs for the U.K.

“[Sunak] may well come another year, but right now in the midst of the energy crisis caused by Ukraine being invaded by Putin, with all of the trauma that we’ve gone through with Covid and much else, he is at home focusing — as a brand new prime minister, by the way, two or three months into the job — on the domestic priorities,” Shapps said.

“I’m here because I’m actually, technically, if you like, the right person to have in Davos.”

Sunak spent Thursday on a visit to Morecambe in the northwest of England as part of a series of trips to promote his government’s “leveling up” funding.

Labour holds a massive polling lead over Sunak’s ruling Conservative Party ahead of the next general election slated for 2024. The latest Ipsos voting intention poll published this week gave Labour a 26 point lead with a 49% share of the vote to the Conservatives’ 23%.

Starmer vowed that in the event that Labour does take power in Westminster in 2024, his government would work with the private sector in the U.K., where renewable energy contracts are estimated at nine times cheaper than oil and gas, to unlock employment and innovation opportunities.

“There’s an element of course of each country trying to rise to this challenge themselves but there is also this element of mutual cooperation in this in relation to the mutual threats that we are facing, and that’s why I’m very keen to develop this idea of Clean Power Alliance, which is an inverse OPEC in the sense that the purpose is to drive down those prices across the globe.”

OPEC, or the Organization of the Petroleum Exporting Countries, is a permanent intergovernmental alliance of 13 major oil producing nations that negotiate adjustments in their respective production in order to retain stability in global oil prices.

Ukraine War: What difference will western tanks make?
Love Island stars welcome their first child
Why the problem of prepayment meters won’t go away for vulnerable energy customers
Biden’s beach house searched by US Justice Department
Who has the most talent in the minors? Ranking every MLB system from 1-30