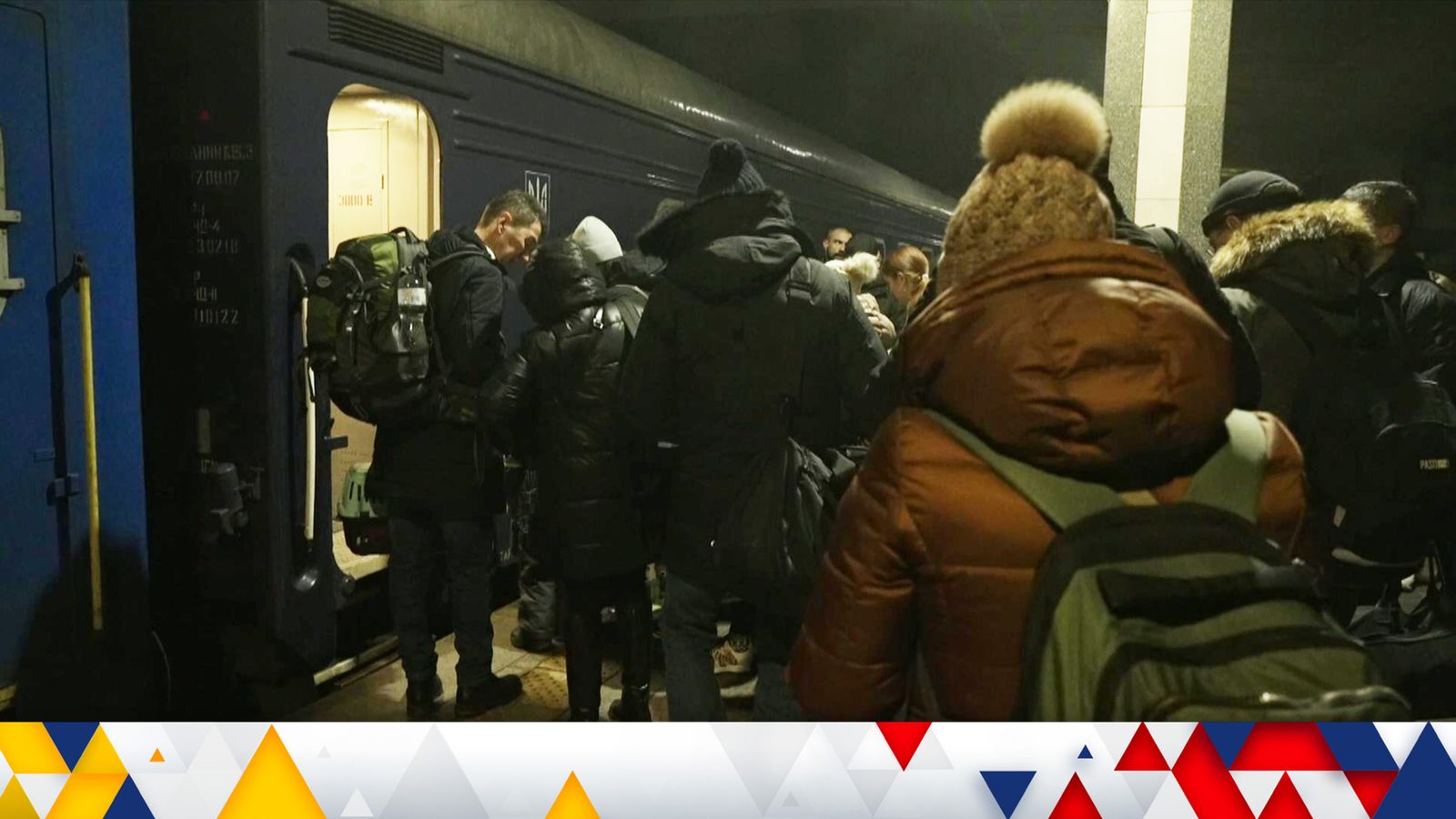 Walking through Kyiv’s central station with Oleksandr Kamyshin is like accompanying a general touring his territory.

His authority clears a path through the crowds as he guides us with a brisk stride. His staff stand a little straighter when he walks past.

“I visit the station once a day. Some days, more than once. I think boots on the ground is the best approach during the war,” says the 39-year-old railway chief.

War latest: US urges Ukraine to hold off on major offensive

The landmark station has the austere brutalist facade of a Soviet-era building. But the inside is far from grey.

Instead of a steady stream of shouty train announcements, the platforms where thousands of evacuated Ukrainian women and children passed through now permeate with the sound of pop tunes.

Ukraine’s railway system has evacuated four million people since the start of the war. Its 27,000 km of track stretches across the country and has been a critical lifeline – transporting emergency supplies and aid, as well as people.

Oleksander was appointed CEO of Ukrainian Railways only six months before the Russian invasion in February. Since then, his job has been to manage the network and maintain its functionality while under the threat of targeted attacks.

In April, a Russian missile fired into the eastern station of Kramatorsk killed 60 people and wounded more than 110. It is still one of the deadliest air strikes in the war so far. The missile left on the grounds of the station was emblazoned with a dark message – “for the children”.

To date, 307 railway workers have been killed and 665 injured in the war. The railways employ 231,000 people and is the largest workforce in the country.

“We are the second army of Ukraine,” Oleksandr says in the cabin of a sleeper train travelling from Kyiv to Dnipro.

As we approach our final stop, he shows us WhatsApp messages on his phone. Intelligence is coming in hard and fast.

They were carrying a minimum of 69 missiles.

Three hours later, blasts were heard across the country. Russia launched a mass aerial attack that morning – one of the most extensive since the start of the war. Ukraine’s air force says they shot down 54 of the rockets.

Three people were wounded in Kyiv, including a 14-year-old girl.

Under the shelter of air defence, the trains continue to trudge along. A reliable childhood comfort for many and a backbone for a country at war.