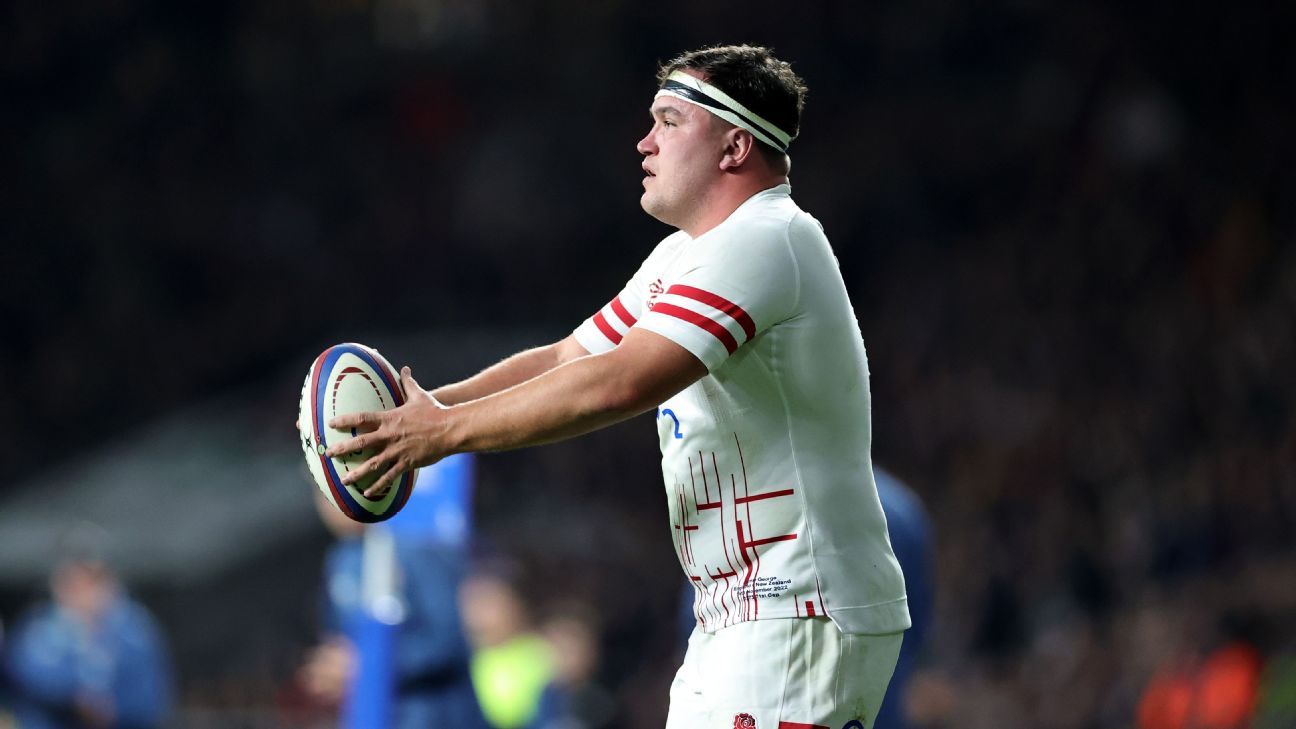 England are facing a growing injury crisis ahead of their Six Nations opener against Scotland with Jamie George and Elliot Daly the latest players to withdraw from training.

Steve Borthwick begins his England tenure in the Calcutta Cup clash on Feb. 4, but his front-row resources are being tested with George the latest injury doubt.

With Luke Cowan-Dickie sidelined due to an ankle injury, George was set to start against Scotland but he has been forced to withdraw from training as he recovers from a concussion sustained for Saracens against Edinburgh at the weekend.

George was one of three hookers originally called up by Borthwick in the 36-man squad for the Six Nations, and they’ve already lost another from that trio with Gloucester’s George McGuigan sidelined through a knee injury. England now have three unavailable, though they are hopeful George will recover to play a part against Scotland.

After the news that Courtney Lawes withdrew from training with a calf injury picked up for Northampton Saints against La Rochelle on Saturday, England are also braced to be without Saracens’ back Daly, who has a hamstring injury. Bath’s in-form centre Ollie Lawrence has been added to the squad in Daly’s place.

“Would I want players to train in every session? Yeah, I would,” Borthwick said at the Six Nations launch on Monday. “The reality is that that’s never the case. Every player is managed on an individual basis. Then there is a judgement call that I make farther down the track.

“The game against Scotland is a week on Saturday so there is plenty of water to go under the bridge between now and then and before I name that team. We’ve got a good squad and players who are desperate for the opportunity. Whenever there is a setback it opens up an opportunity for somebody else. Players have got to grab those opportunities with both hands and not let go.”