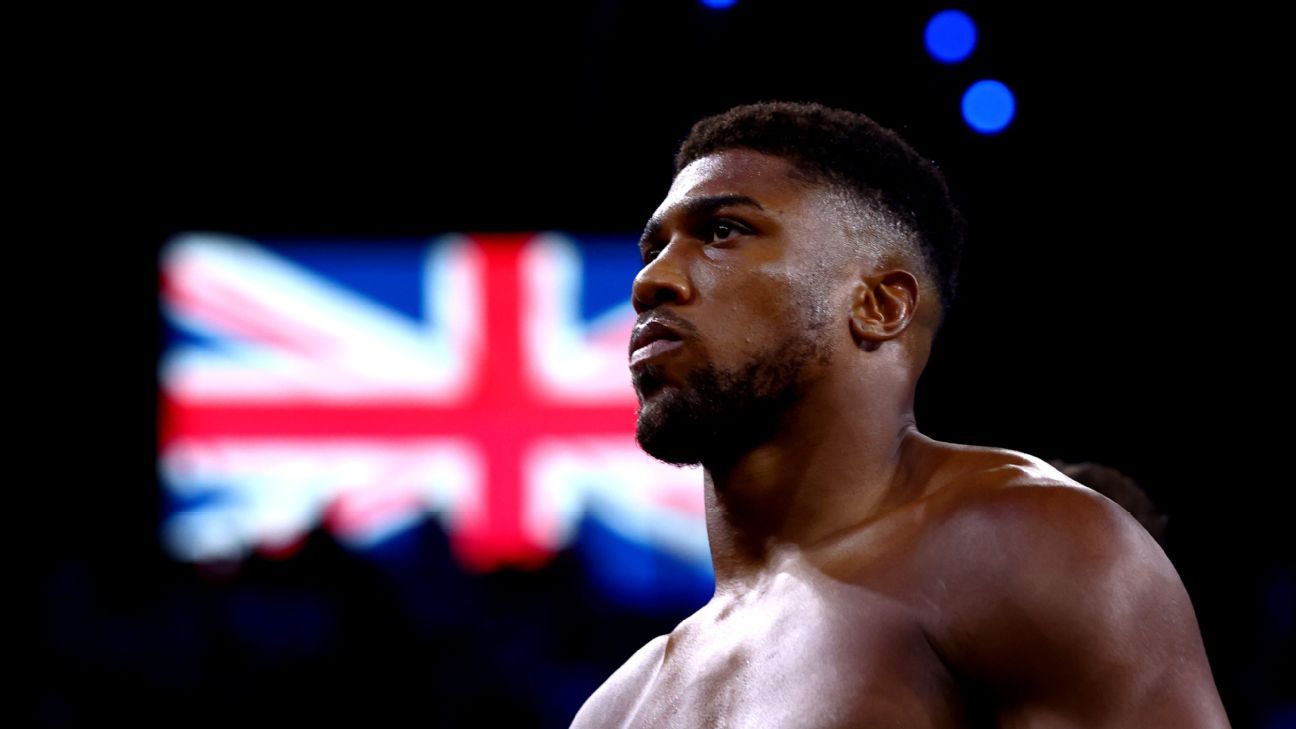 Former heavyweight champion Anthony Joshua and Jermaine Franklin are in the process of finalizing a deal for a fight on April 1 at the O2 Arena in London, sources told ESPN.

Terms have been verbally agreed but there are no signed contracts yet, sources said, who added that there are other options for Joshua in the unlikely event the deal falls apart.

Joshua, one of the biggest stars in global boxing, will look to rebound from back-to-back losses to Oleksandr Usyk for the unified heavyweight championship. Joshua (24-3, 22 KOs) dropped his WBA, WBO and IBF titles to Usyk in August 2021 via unanimous decision. The 33-year-old from England was defeated in the September rematch by split decision.

Now, Joshua will seek his first win since December 2020 when he takes on Franklin, an underdog from Saginaw, Michigan, coming off a career-best performance.

The 29-year-old had never competed on the world-class level before he met Dillian Whyte in a majority-decision loss in November. Franklin (21-1, 14 KOs) has now parlayed that effort against Joshua’s former rival into the biggest opportunity of his life.

“Jermaine is a world-class heavyweight on his way to bringing a big win back home,” Franklin’s promoter, Dmitry Salita, told ESPN. “We hope to get the deal over the finish line shortly. I signed Jermaine a little more than three years ago and I always believed he had the skills to be one of the best heavyweights in the world.

“He’s shown that throughout his career and to worldwide fans in his last fight against Dillian Whyte. Not only has he showed he has world-class skills, but he’s shown the mental strength to perform thousands of miles away from home in a hostile crowd and that will be a key ingredient on April 1.

“Like myself, most fans and most press felt Jermaine won the fight. Being an underdog and doing what he did is incredible on a such a high level. Some similarities to [Andy] Ruiz vs. Joshua. Ruiz was also the underdog and they both size, quick hands, a good chin, the ability to come forward and the desire to win.”

In one of the biggest upsets in heavyweight championship history, Joshua was stopped by Ruiz in Round 7 of their 2019 fight in New York, AJ’s lone bout in the U.S. Joshua recaptured his three titles from Ruiz that December in Saudi Arabia via unanimous decision. He’s ranked No. 4 by ESPN at heavyweight while Franklin is No. 10.